The fog like scrubber for unpleasant odors. The water spray is an effective vehicle for the transport of chemicals capable of reducing odors. The fog also thanks to the diffusion in the air creates a barrier against odors.

The nebulization of water-soluble molecules capable of neutralizing the odors is revealed a winning solution in many cases, in particular for organic substances, sulfides, …

Thanks to this MGF allows you to create effective deodorization systems, environmentally friendly and natural.

MGFTools high pressure misting systems are often used for odors control, in particular industrial sectors where is essential to comply strict regulations about odorous particles emission in the atmosphere.

In Europe, the standard in the field of odors is the EN 13725, which was launched in April 2003: “Determination of odour concentration by dynamic olfactometry”.

The scientific community asserts that we can perceive an odorous substance when this reaches a minimum concentration in the atmosphere, said perceptibility threshold.

END_OF_DOCUMENT_TOKEN_TO_BE_REPLACED 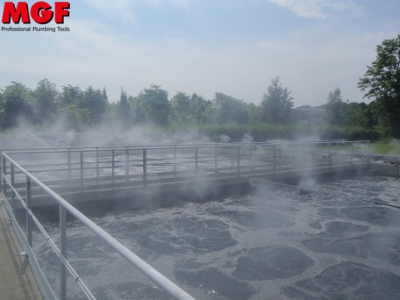 A note Venetian food industry uses our system for deodorizing sewage plant to break down and neutralize odors by means of spray nozzles, with the use of water spray mixed with appropriate chemical odor neutralizers.

In particular, the sewage tanks and sludge disposal area were treated, by the combined action of several factors:

END_OF_DOCUMENT_TOKEN_TO_BE_REPLACED 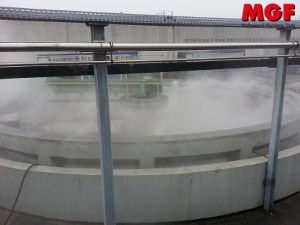